For almost 200 years, beer connoisseurs have associated the place name of Groß-Bieberau with the family name Schönberger. This is due to the talent of the master brewers from the Schönberger family since 1835 – because since that time the Schönbergers have made Odenwald beer history. 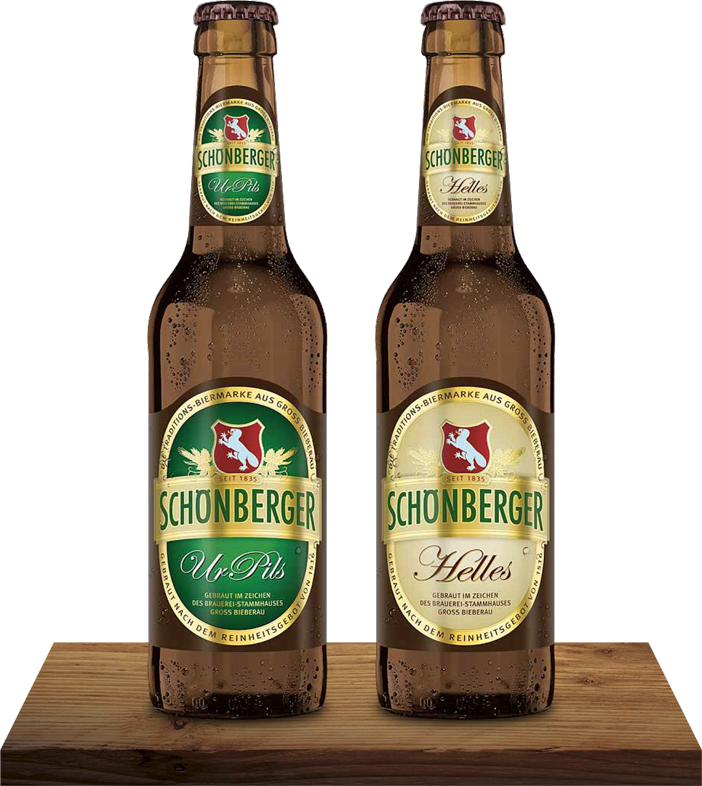 "Home: Groß-Bieberau - Drunk: in the world"

That was the advertising slogan in the 50s of the previous century when the original Odenwald beer culture with the original Pils became known far beyond southern Hesse. Brewed with the clear, spring-fresh water from the Odenwald, with the best Hallertau hops, 100 percent Hessian malt and specially grown yeast, Schönberger beer specialties convince real beer connoisseurs and connoisseurs today as they did then.

The history of Schönberger beer – brewed according to the original Odenwald recipe – continues as successfully today as it began almost two centuries ago. The long brewing tradition is unmistakable in the character of Schönberger beers.